This article covers some of the newest technologies being used by television studios to make for better quality recording environments and more comfortable working conditions for employees. You’ll learn about everything from SmartGlass windows to LED video walls. 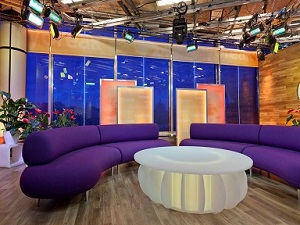 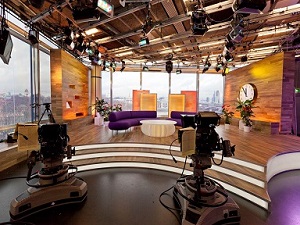 Flawless lighting and an optimum room temperature are both pre-requisites conducive to high-quality recording in any television studio. Many studios are starting to recognize how switchable glass technology such as Solar Smartglass can be used for exterior windows to provide optimum lighting conditions and control the heat entering a building.

Switchable glass panels in the form of solar smart glass can easily be dimmed to offer a tinted effect which controls glare and heat gain in the studio, improving recording quality. Studios can install Smartglass exterior windows and alter the states of the electric glass panels for optimum recording quality at the flick of a switch or by using a remote control. The solar switchable smart glass, with its tinted effect, controls the amount of UV rays employees & camera equipment get exposed to from sunlight entering a building.

LED video walls provide a stunning design aesthetic that enhances the look of any television studio. LED video wall technology offers many benefits to studios, including the scalability of these walls to any size or shape that can add a touch of uniqueness to a studio’s backdrop. Video walls have the additional benefit of providing crystal clear images from any viewing angle.

Television studios use a range of multi-purpose custom-designed desks and other fittings that cater for a wider variety of presentation options. For example, curved sofas are becoming popular for use in newsrooms that use video technology to speak with experts on large screens. These stylish curved desks allow the viewer to simultaneously observe both participants to a conversation. Such custom sofas can also be used for presenting visual information on a screen behind the sofa while a presenter speaks in detail about the on-screen information.

Privacy glass is a type of switchable glass solution that can quickly be altered between the states of opaque and transparent. Privacy glass is used for on-demand privacy with an impressive design aesthetic. Television studios can find particular use from privacy glass by allowing for more options while filming. The modern television studio is a multi-purpose environment used for news bulletins, talk shows, game shows, and more.

Privacy smart glass screens and partitions can be installed throughout the television studio. For news bulletins, studios can use the transparent setting to show busy office workers in the background, conveying a sense of professionalism to the viewer who wants to know that news teams are working hard to deliver the latest breaking news with sufficient detail.

The privacy glass screens and partitions can then be changed to an opaque state for other shows which rely more on intense control of lighting, such as game shows and talk shows.

Augmented reality is a modern technology that superimposes a computer-generated image on a user’s view of the real world, thus providing a composite view. So augmented reality uses the viewers existing environment and overlays new information on top of it. This is distinct from virtual reality in which users are immersed in an entirely artificial environment.

In terms of use for television studios, the push towards augmented reality is being driven mostly by live or pre-recorded sports events. For example, pre-match punditry usually occurs in the television studio for soccer, with expert analysts discussing their predictions for the game ahead.

Augmented reality technology can be used for enhanced presentation purposes by overlaying the studio with detailed statistical information on the event ahead. Sports team sheets can be overlaid “on” the studio floor using augmented reality technology to allow the pundits discuss the various players while giving viewers the chance to visually engage with the discussion topic.

Augmented reality is not limited to sports, though. Television studios displaying stock market or other financial information can use the technology to display financial metrics to viewers while analysts discuss market trends etc.

To learn more about smart glass solutions for both residential and commercial applications, visit the Smartglass International website. 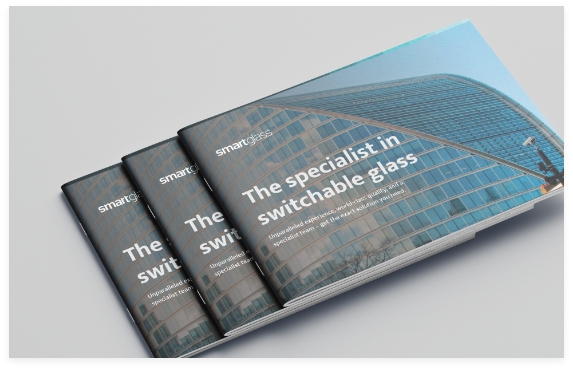